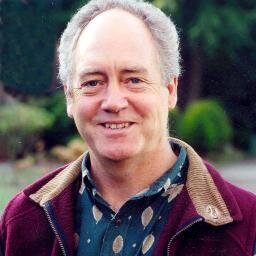 In 1971, as a PhD student in ecology I joined an activist group in a church basement in Vancouver Canada and sailed on a small boat across the Pacific to protest US Hydrogen bomb testing in Alaska. We became Greenpeace.

After 15 years in the top committee I had to leave as Greenpeace took a sharp turn to the political left, and began to adopt policies that I could not accept from my scientific perspective. Climate change was not an issue when I abandoned Greenpeace, but it
certainly is now.

There is no scientific proof that human emissions of carbon dioxide (CO2) are the dominant cause of the minor warming of the Earth’s atmosphere over the past 100 years. If there were such a proof it would be written down for all to see. No actual proof, as it is understood in science, exists.

The Intergovernmental Panel on Climate Change (IPCC) states: “It is extremely likely that human influence has been the dominant cause of the observed warming since the mid-20th century.” (My emphasis)

“Extremely likely” is not a scientific term but rather a judgment, as in a court of law. The IPCC defines “extremely likely” as a “95-100% probability”. But upon further examination it is clear that these numbers are not the result of any mathematical calculation or statistical analysis. They have been “invented” as a construct within the IPCC report to express “expert judgment”, as determined by the IPCC contributors.

These judgments are based, almost entirely, on the results of sophisticated computer models designed to predict the future of global climate. As noted by many observers, including Dr. Freeman Dyson of the Princeton Institute for Advanced Studies, a
computer model is not a crystal ball. We may think it sophisticated, but we cannot predict the future with a computer model any more than we can make predictions with crystal balls, throwing bones, or by appealing to the Gods.

Today we remain locked in what is essentially still the Pleistocene Ice Age, with an average global temperature of 14.5oC. This compares with a low of about 12oC during the periods of maximum glaciation in this Ice Age to an average of 22oC during the Greenhouse Ages, which occurred over longer time periods prior to the most recent Ice Age. During the Greenhouse Ages, there was no ice on either pole and all the land was tropical and sub-tropical, from pole to pole. As recently as 5 million years ago the Canadian Arctic islands were completely forested. Today, we live in an unusually cold period in the history of life on earth and there is no reason to believe that a warmer climate would be anything but beneficial for humans and the majority of other species. There is ample reason to believe that a sharp cooling of the climate would bring disastrous results for human civilization.

Moving closer to the present day, it is instructive to study the record of average global temperature during the past 130 years. The IPCC states that humans are the dominant cause of warming “since the mid-20th century”, which is 1950. From 1910 to 1940
there was an increase in global average temperature of 0.5oC over that 30-year period.

Then there was a 30-year “pause” until 1970. This was followed by an increase of 0.57oC during the 30-year period from 1970 to 2000. Since then there has been no increase, perhaps a slight decrease, in average global temperature. This in itself tends to negate the validity of the computer models, as CO2 emissions have continued to accelerate during this time.

It is important to recognize, in the face of dire predictions about a 2oC rise in global average temperature, that humans are a tropical species. We evolved at the equator in a climate where freezing weather did not exist. The only reasons we can survive these
cold climates are fire, clothing, and housing. It could be said that frost and ice are the enemies of life, except for those relatively few species that have evolved to adapt to freezing temperatures during this Pleistocene Ice Age. It is “extremely likely” that a warmer temperature than today’s would be far better than a cooler one.

I realize that my comments are contrary to much of the speculation about our climate that is bandied about today. However, I am confident that history will bear me out, both in terms of the futility of relying on computer models to predict the future, and the fact that warmer temperatures are better than colder temperatures for most species.

If we wish to preserve natural biodiversity, wildlife, and human well being, we should simultaneously plan for both warming and cooling, recognizing that cooling would be the most damaging of the two trends. We do not know whether the present pause in
temperature will remain for some time, or whether it will go up or down at some time in the near future. What we do know with “extreme certainty” is that the climate is always changing, between pauses, and that we are not capable, with our limited knowledge, of predicting which way it will go next.